Don Gillies as Race Officer on Black Pepper contributed these two shots of the start off Kip. All are heavily reefed and the first shows Troikka and Aquaholic running down the start line. In the second, Out of The Blue looks well powered up despite the tiny sailplan. I think that's Martyn Webster struggling with Shona in the centre distance. 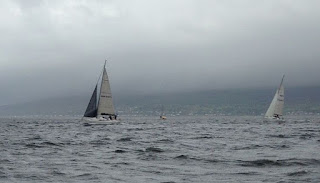 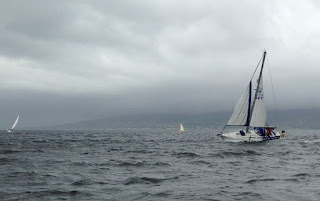 The next  set are from the successful drinks and nibbles party at the gazebo. You can click on any of the photos for a larger version 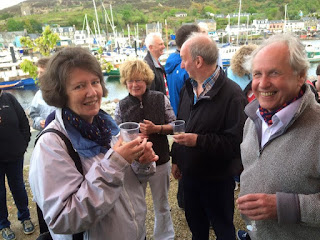 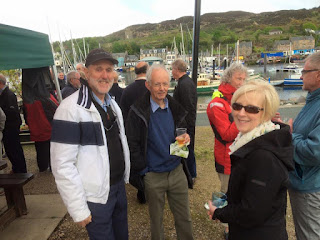 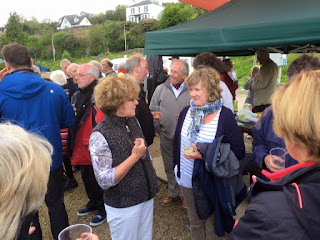 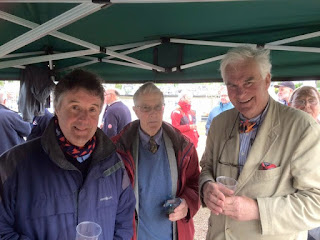 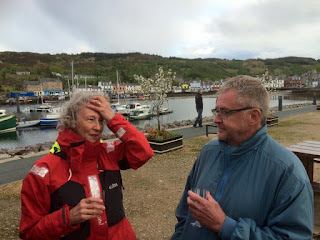 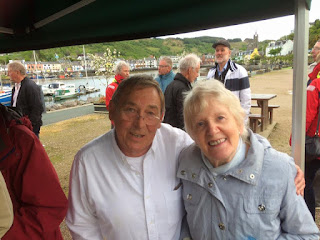 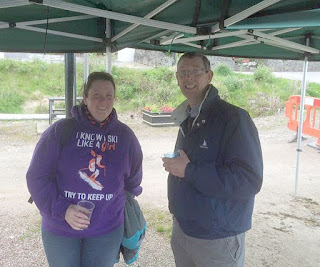 And finally the Commodore levitates onto a bench to make the announcement that oor tea is oot at the Starfish. 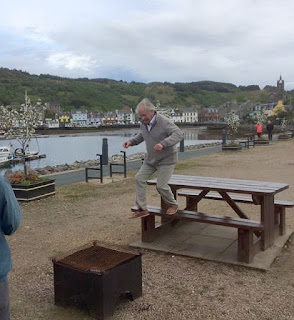 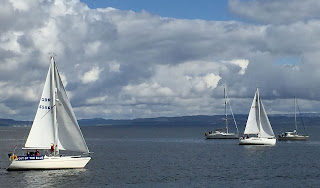 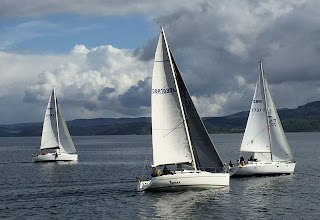 John and Winnie Turner were watching the Ladies Race start from the shore and contributed the above two shots.  Don Gillies doing race officer duty once again took the next one which shows Shona lined up for a well timed start. 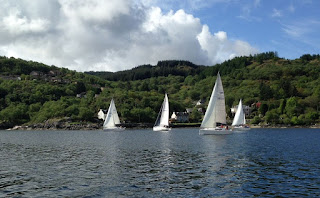 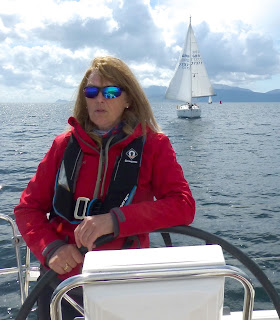 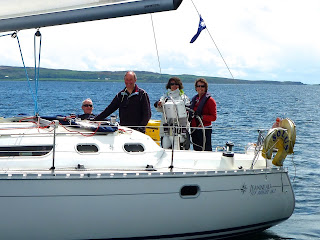 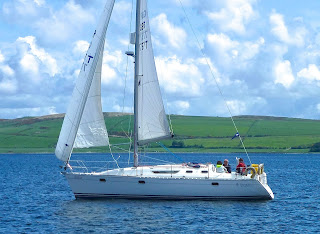 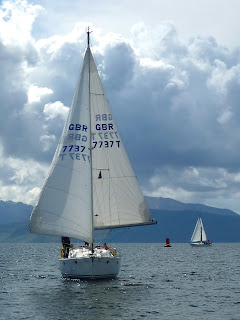 Posted by Serpent Yacht Club at 16:16