There were some notable absences from the Croabh muster this year but this was made up for, arguably, by an influx of non members. Jim Berry and his team had done a great job to dress up the boatshed with spinnakers, flags and large Visit Scotland banners and had even provided a makeshift gazebo to shield the barbecue team from the persistent rain. Steve and Susan Pickles assisted by Graham and Colin had the barbecue expertly in hand but were perhaps a little unprepared for the unexpected guests. 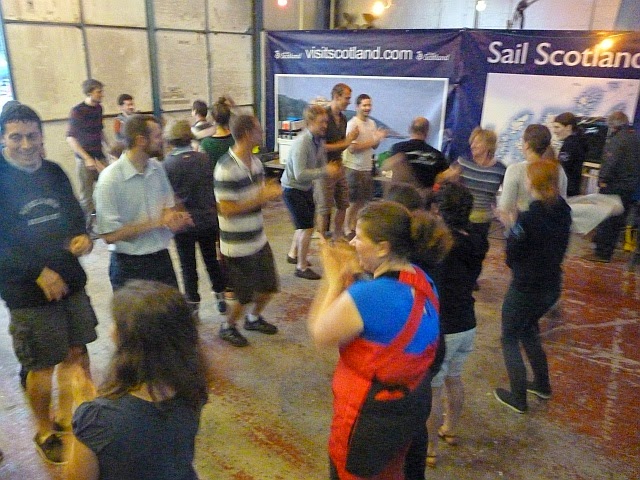 While the dancing was underway, courtesy once again of Stewart's ipod, there came a request from a group of young French visitors to use some of the space in the shed for, it was thought, 4 to 5 minutes. Catherine agreed to this on condition that the visitors took part in some dancing beforehand. This they did with no little gusto, entering into the spirit but with even more hilarious incompetence than some of the locals.  Then they disappeared behind the screens to the workshop at the back of the boatshed to conduct a Mass, complete with priest in robes and which went on for about 45 minutes oblivious to any health and safety issues (well they were French after all). This was far too long to postpone Serpent activities so their mournful droning was easily drowned out when the dance music was cranked up again.  When eventually they all reappeared they were happy to continue dancing and it turned out that they were a group on a pilgrimage to Iona on three chartered yachts and had just arrived that night from the airport.  Certainly it boosted the numbers on the dance floor and the barbecue was once again decreed a success, albeit a somewhat unconventional one. 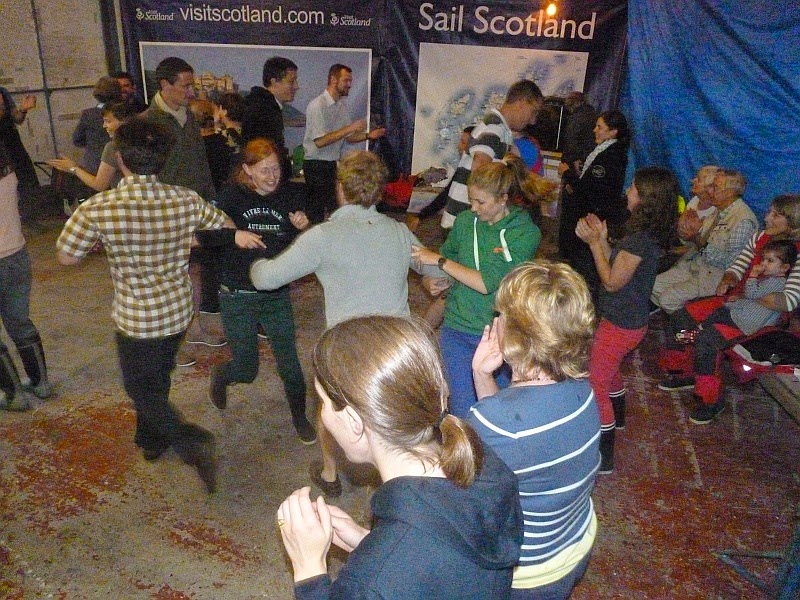 Next day the rain had ceased although there was very little wind to begin with. Alan Faichney with extended family on board kindly agreed to act Sapphire as start boat which relieved Out of the Blue of their duty and allowed them to participate properly among the two other starters.The fickle wind held up and the trick was to find the patches on the leg to the south end of Shuna at which point a pleasant breeze picked up allowing a period of faster sailing on the west side.  Troikka with the advantage of a light furling No1 managed to sneak ahead from the start but always conscious that Ataraxia was within a dangerous distance, never mind Out of The Blue. However Troikka's time was sufficient and Out of the Blue managed to hold Ataraxia on handicap by a mere 46 seconds.  By the end of the race the sun was out and the fantastic weather which the following week was to bring was on its way. Click on the results below to see the full thing.

Troikka went on to have a splendid week of cruising, not venturing very far in the light to absent winds but having a most enjoyable time in mid Argyll. 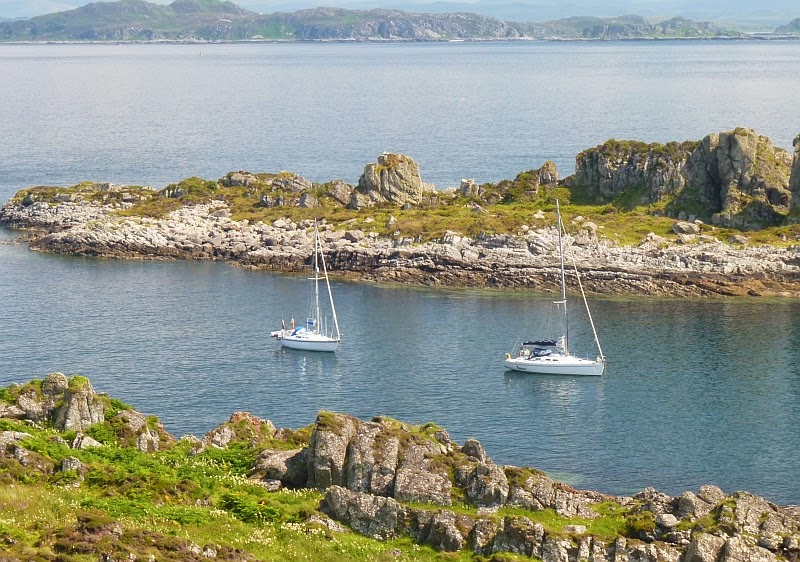 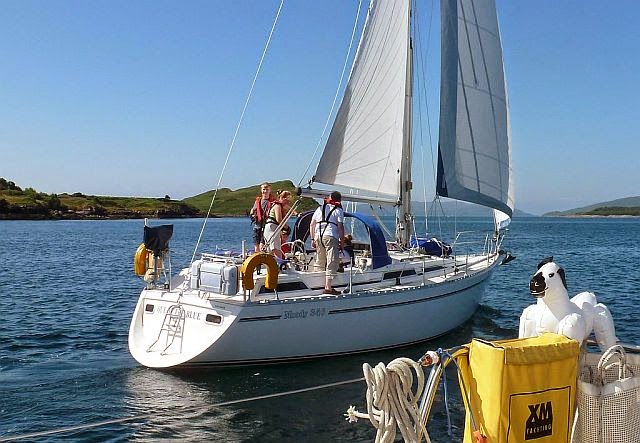 Do come and  join the Serpent Yacht Club for its annual barbeque on the 19 July 2014 by the Boat shed in Croabh Marina and for the Round Shuna Race on 20 July 2014. Race instructions and entry will be available from Charles Sutherland on the evening. Expect delicious food, great music and a chance to catch up with fellow members. Please bring your crews and anyone you know that may be interested in the club. Please contact Steve Pickles by Saturday 12 July if you will be attending to help with catering. 01555 666348 07981443362 stephen.pickles@btinternet.com

Report by Tom Hutchison:
Saturday morning started with a trip out to the start line off the Island of Bute Sailing Club around 9:00 where Aquaholic was on duty to start the SYC Portavadie restricted sail class race at 10:00. The winds were light and after the Isle of Bute SC Round Bute Race start at 9:30 Aquaholic attempted to lay a start line, only to discover that the Clyde Corinthian Yacht Club were laying a line for their race starting at exactly the same time.

A cunning plan was hatched and the Serpent Yacht Club line was laid inside the Clyde Corinthian’s line. This resulted in a fairly short start line which the racers attacked with the precision of an America's Cup start. 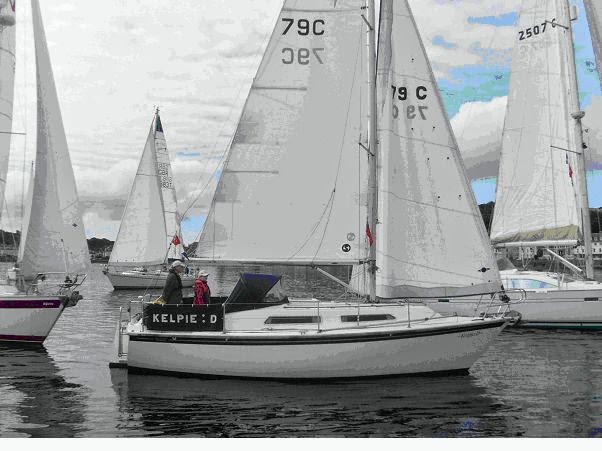 All yachts crossed the line cleanly and the fleet, followed by Aquaholic ten minutes later, sailed in light breezes towards the Burnt Islands. 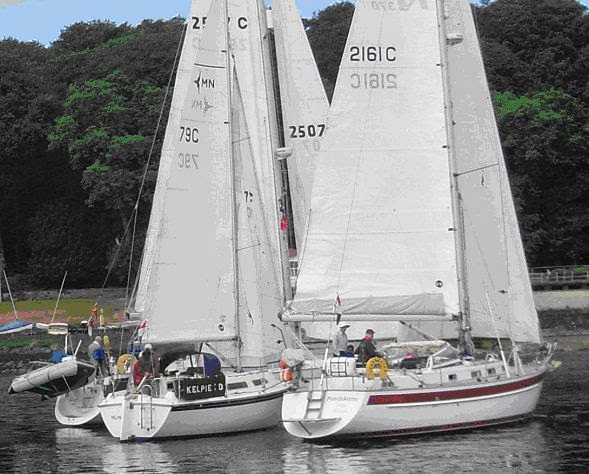 To describe the course as challenging was an understatement as the light winds came and went. The boats in front gained ground only to stop several time while the boats behind caught up. Camus Bosta and Kelpie D were left in areas where the wind simply disappeared and were forced to retire. 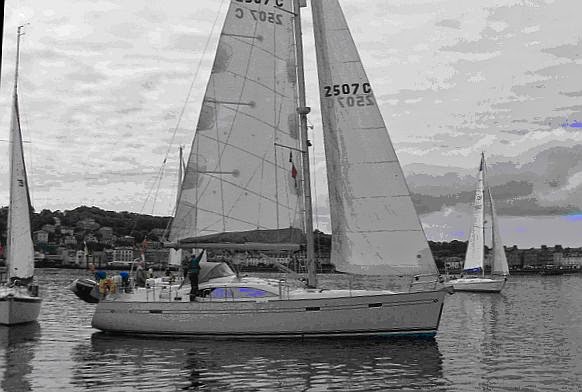 At the Burnt Islands Aquaholic and Exody managed to creep through and leave the fleet behind. Winds were looking favourable at this point, however they quickly disappeared. 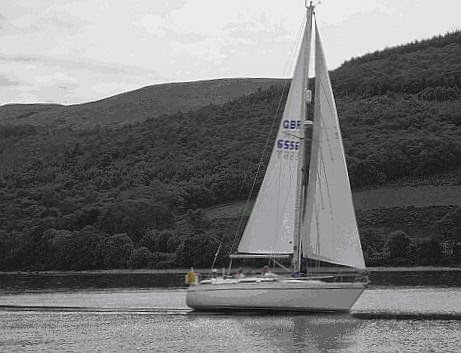 Aquaholic made the decision to finish the race off the Carry Buoy to enable the fleet to reach Portavadie where the Commodore was waiting with snacks and refreshments. Results below show Pondskater the last to finish and the winning boat. 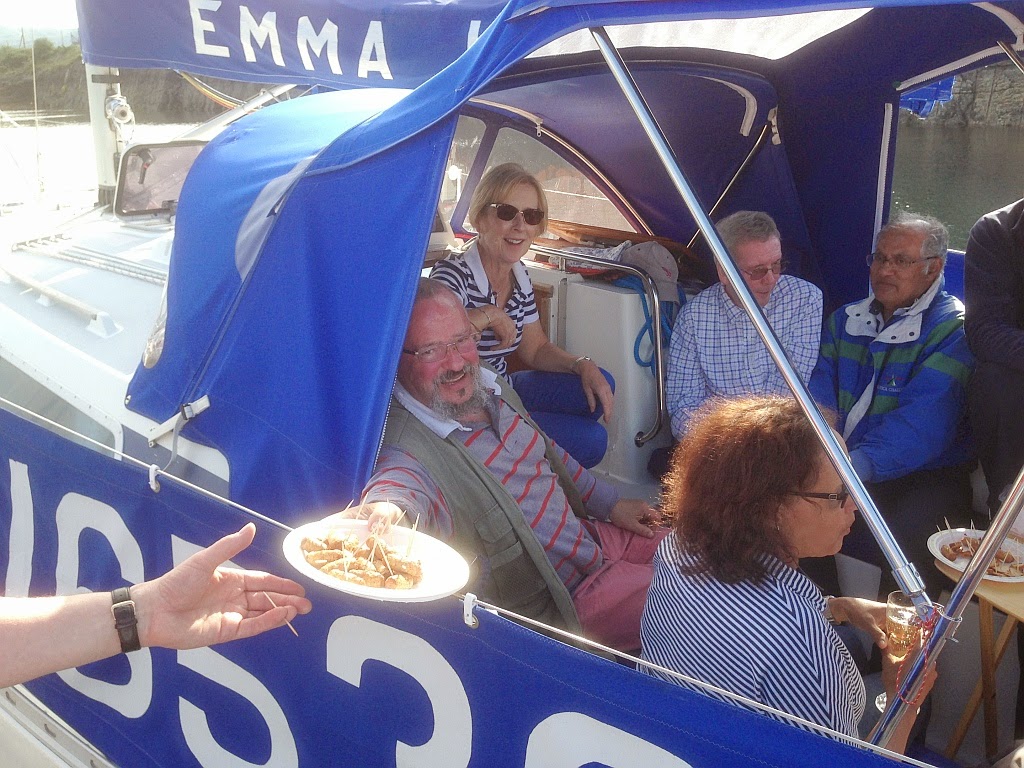 There is no available account of the Ladies Race but apparently it was again a drift with only four finishers and with Aquaholic the winner. .