Setting off from Kip in the pouring rain with a north easterly force 5 was not the most enjoyable start to Saturday's Pursuit Race to Portavavadie. Covered from head to toe in wet weather gear, wearing plenty layers of warm clothing and unaware that the IRC race event at Largs had been postponed, the intrepid fleet of Camus Bosta, Out of the Blue and Exody started the race at timed intervals. Because the winds were so strong the theory that the faster boats would catch up with the slower boats never materialised and Camus Bosta with her 20min handicap being the first to start, stormed off and led all the way to the finish line. Winds were around force 5 /6  gusting up to 38 -40 knots so crews were well practised in reefing and shaking out mains and gennies by the time they got to Colintraive and then onwards to Portavadie.


Troikka, opting to save the entry fee, left shortly after Camus Bosta and was able to watch her pull away.  The 38kt gusts being emitted from Loch Striven caused a somewhat tense few minutes and a pit stop on a Colintraive Hotel mooring was needed to restore order and a properly reefed mainsail. Aquaholic cruised behind in a more restrained motoring fashion watching the antics unfold.

Camus Bosta reported that they were surfing along at over 9 knots. Out of the Blue was one man down or rather one women down as the Commodore had slipped between the  boat and the pontoon in the marina and damaged her leg , so she was down below with an ice pack on her knee, having first made sure that there was ice left over for the post-race G and T's.  However the remainder of Stewart's all female crew ably sailed OOTB and with a mainsail the size of a reefed Topper, she was racing along averaging about 7 knots and only rounding up in the very strongest gusts.
Exody brought up the rear unable to catch up in such strong wind. She was  crewed by three generations of the Jennet family , including Peter's brother Martin who was home on holiday from the Carribean.

Camus Bosta was a well deserved winner. The rest of us enjoyed the challenge and were just happy that we had survived the gusty conditions without damage. The crews of Emma Louise, and Pond Skater drove up and booked in overnight to the marina's comfortable accommodation. Kelpie D came over from their base in Loch Riddon and Marie and Eilidh drove up, joined us  and stayed in the Kames Hotel.
In the evening after almost everyone had popped on to OOTB for a drink or two, 29 sat down to a well presented three course/three choice dinner upstairs in the marina restaurant. 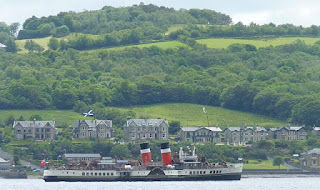 (we don't have any photos of the weekend so here's one of the Waverley as seen on the return trip)
Sunday by contrast arrived calm with blue skies and sunshine and all memories of the previous day's chaos were quickly forgotten as we all cruised back, relaxed, happy and in company - a fitting end to a great weekend.
The next club event will be the Craobh BBQ and ceilidh and the Round Shuna race on the 21st/22nd July.  I hope that if you are cruising on the west coast you will come and join us.
Posted by Serpent Yacht Club at 23:12 0 comments

The SYC supercomputer has just come up with the results of the Ladies' Race. 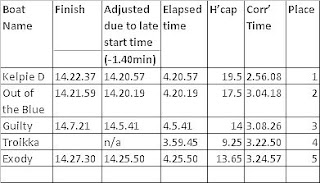 Portavadie
The next event is a gathering in Portavadie.  For those interested in an informal race we are holding a pursuit race from Kip to Colintraive, followed by a cruise onwards to Portavadie.  The first start will be off Kip at 1015hrs on the Saturday morning. Please return your entry forms to Paul Harris  by Saturday 9 June 2012. The race entry fee is £10. See the race instructions below.

Pontoon spaces are reserved for Serpent Yachts for Saturday evening.  All fees for berthing are to be paid directly to the marina. Dinner is in the upper restaurant at 7.30pm on Saturday 16 June.  The meal will cost £25/head and is payable directly to the restaurant on the evening.  To help with billing please order by boat name.
On the Sunday enjoy a leisurely cruise home. 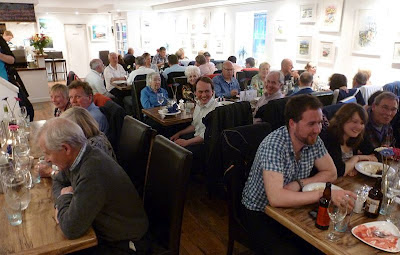 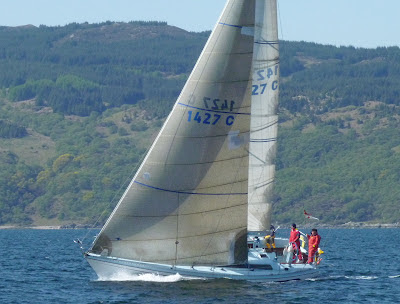 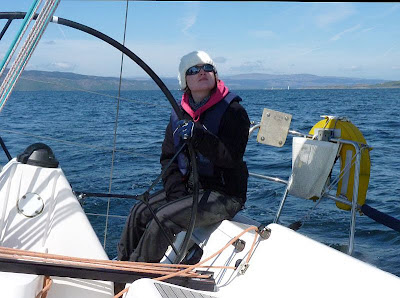 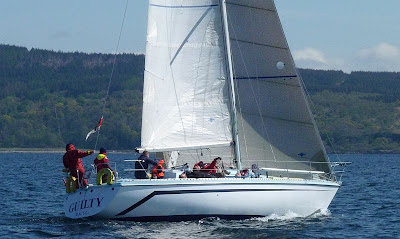 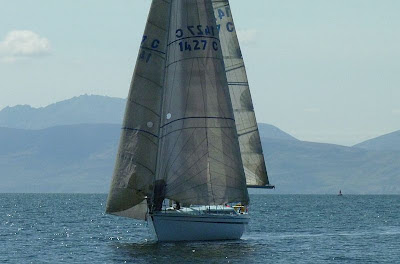 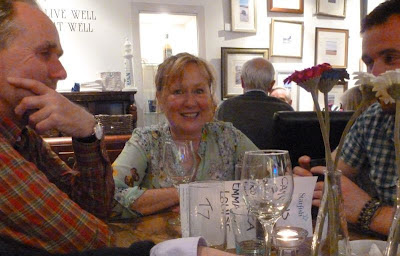 A Message from the Commodore

I hope you have all had a Good Christmas and New Year. The last time we were together was for the Prize Giving Dinner in the Art Club which was a great night and a great celebration of an exciting year.
The AGM has been arranged for Monday 20th February in the Golden Jubilee Hospital at Clydebank. The crew of Tanit is speaking of their man overboard experience this summer and the lessons they learned from it. So please come along.
However please note that after many years of giving us the room and catering free, the Golden Jubilee Hospital has decided to charge us for the facility.
As we had not budgeted for this, the committee has taken the decision to reduce the catering to tea, coffee and biscuits to keep costs manageable, so the normal finger buffet will not be on offer.
I hope you will be able to attend and I look forward to seeing as many of you as possible.
Tom Barrie
Commodore
Posted by Serpent Yacht Club at 21:48 0 comments