More photos from the Croabh weekend 2017 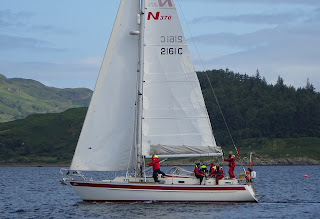 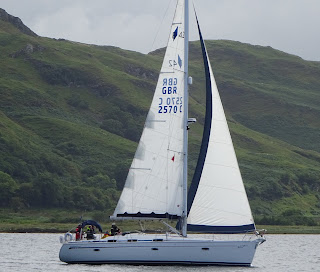 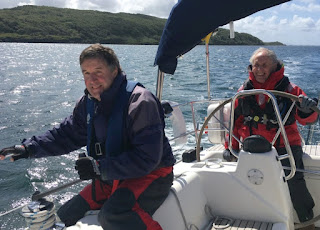 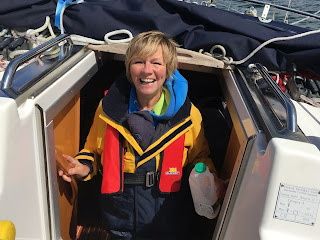 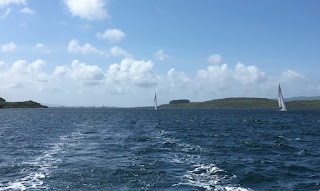 A dismal wet Saturday preceded a brightening by the evening and the annual Serpent BBQ in the Croabh Marina boatshed which once again had been cleared out and tastefully decorated by Alastair and the Croabh staff.  The club is really grateful for this continued support and Steve, Marcus and the indefatigable catering team were much impressed with the addition of the new gas barbecue.  Around 40 persons were booked and after the food had been consumed some still felt fit enough for a bit of dancing.  Maybe some photos of this will be sent in.  Anyway it was a reasonably late night in anticipation of a bright and breezy Sunday for the Shuna race.

Peter and Marion Jennett's Exody had unfortunately come  to a halt in the Crinan Canal with a gearbox problem although better it happened there than somewhere in the Tropics.  Graham Gillies was in attendance with Silverjack along with Don and Marge but they opted not to race, Troikka was still in Kip marina after technical issues so with a few regulars missing the entry list was slightly depleted. A welcome new addition however was Alastair Gardner's doughty little First 21.7 down from Easdale.  Tom Hutchinson on Aquaholic was race officer and the race started on time in a good SW 15 kts on a sparkling Loch Shuna. 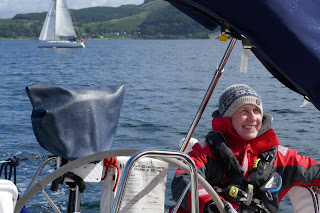 With a wee bit of prompting from Troikka's crew guesting for the weekend  Stewart (for once!) brought Katya up to the start line on time and continued to hold the lead right round the course much to the enjoyment of the crew which included a pair of enthusiastic novices. 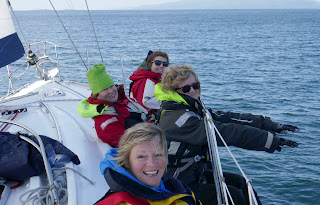 There was close racing between Dr Douglas Gray's Finngulf 41 'Shenaval' with his crew of nimble young lads and Ataraxia, the Dufour 40 of Steve and Susan Pickles with master tactician Marcus and the irrepressible Trevor on board. 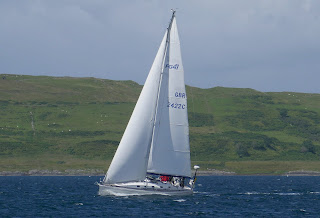 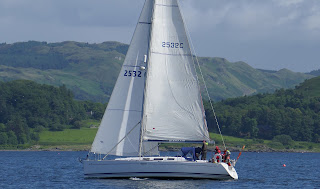 Pondskater, on this occasion helmed by Julia Scott (who is no mean dinghy sailor) fell behind these faster boats as, not surprisingly, did the little First 21.7 which nonetheless was sailing well.   Committee boat Aquaholic, leaving the start line on the prescribed 10 minutes after the start soon picked up the chase and arrived at the finish uncomfortably close to the three in front. 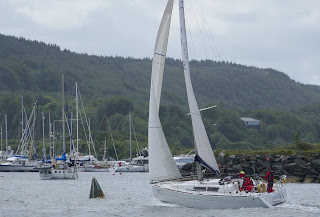 It was an excellent fast sail, perhaps over rather quickly but that gave time for some boats to catch the tide to return through the Dorus Mhor for Ardfern or the Crinan canal.  All in all a fine weekend.