2015 Annual Dinner - as reported by The Commodore

Our annual SYC dinner on Friday 27 November was a huge success and well supported by Past Commodores, Serpent members and guests. 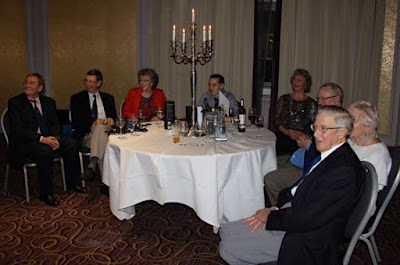 The Commodore introduced his top table and welcomed nine new Members to the club this year.  To allow more time for social interaction the committee had opted, on this occasion, to have no invited Speaker and so the programme for the evening included an excellent dinner from the Central Hotel,  a photo competition, the sale of new merchandise and the prize giving.  Additionally, a raffle in aid of the Yorkhill Hospital Trust, prizes for which included a £125 voucher donated by Specsavers Newlands, and malt whisky and wine donated by the Committee raised a magnificent £410.
David Toy (as seen in the previous posting) entertained the company with his ‘14 ways to wear a buff’ resulting in a total of 62 buffs and 4 ties being either sold or ordered.  This initiative by Catherine Toy will boost club funds for the forthcoming 40th anniversary.  The photo competition ‘Summertime?’ was won by our Commodore and was a picture of the crew of ‘Pondskater’ on a day visit to Plockton.
Seamus then introduced the prizegiving by thanking our race secretary, Charles Sutherland, for organising this year’s cruising/racing programme.  Unfortunately, the Spring and Craobh Musters had to be cancelled due to inclement weather.  Tom Hutchinson on ‘Aquaholic’, was awarded the Schering Trophy for the overall best corrected time and Val Glen on ‘Tulla Mor’ won the Rose Bowl for the Autumn Muster Ladies Race.  Other winners were Black Pepper, Out of the Blue, Silverjack, Kerrera Moon and Emma Louise. 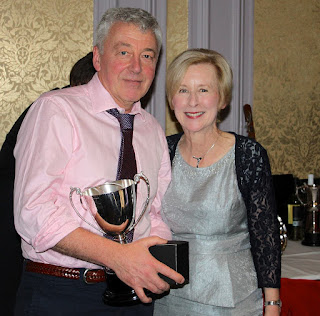 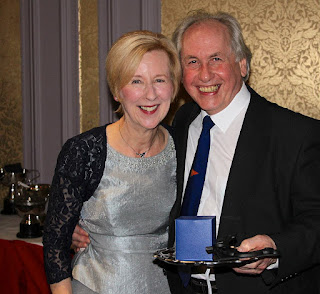 The Serpent Log was won by Peter and Marian Jennett who are currently in Cape Town on ‘Exody’. 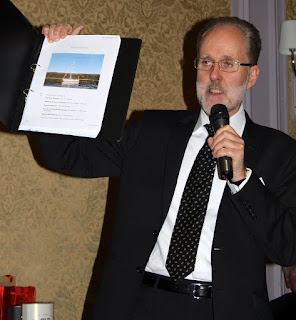 The Wooden Spoon was awarded to our Commodore for a course deviation during the Frostbite race – enough said!

Our Commodore concluded the evening by thanking the Committee for their excellent help and support throughout the year and outlined the programme for next years 40th anniversary as follows:

2.  The Annual 40th anniversary dinner is to be held on Saturday 26 November 2016. Your Committee is planning a special occasion at the Art Club and hope to have a bumper turnout.  Please save that date also.

4. Our AGM will once again be at the Hamilton Ice Rink Boardroom on Wednesday 10th February 2016 to which all are invited.  John Highcock, from Saturn Sails, will give this year’s presentation.