Having hurriedly fitted her new genoa the crew of Lollypop exited Kip for the first time this year into a stiff south westerly with attendant chop.  Sailing was never going to get us to Rothesay in time so motor sailing was obligatory and it was with no little sense of relief that we entered the relative calm of Rothesay Bay where the rest of the Serpent racers were milling around Silverjack.  To our dismay we discovered that the outside course around Garroch Head had been set and being unwilling to endure the pleasure of another morning's upwind thrash the decision to forgo the race and cruise to Tarbert via the Kyles was an easy one agreed by all 3 crew members.  This radical reaction by the new Commodore evidently caused some alarm among the race committee who abruptly changed the course to the familiar more sheltered route, this decision along with the delayed start being communicated to the two other racers by VHF although only one was listening. 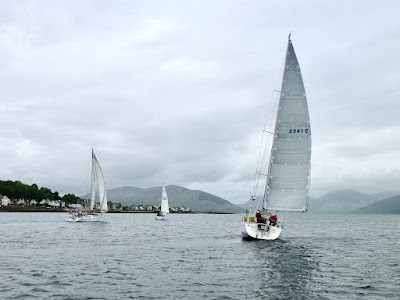 Contrary to the race committee's expectation there was sufficient light breeze to get the race under way in flat water and into a beat up the east Kyle with Lollypop chasing the transom of Exody.  Silverjack, with both Graham and Don on board was expected to join the race but failed to appear due to some anchor difficulties.  By Colintraive Tulla Mhor inevitably had pulled well away and although Lollypop had at one point overtaken Exody, once around Ardlamont and on to a reach where waterline length is everything Exody left Lollypop well behind to the finish. It was a pleasant day out with an easy sail in steady wind but otherwise rather dreary weather and once tied up in Tarbert we were all able to meet up with Robert and Audrey who had cruised in Sulaire and Seamus who had sailed Emma Louise singlehanded from Ardrossan. 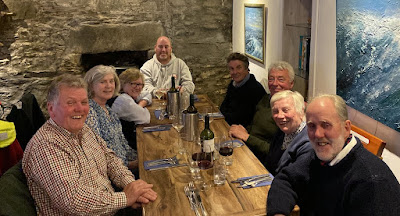 The Commodore's Reception was timed for 6pm and by 6.30pm pretty much everyone had turned up, such is the trepidation in finding oneself the first attender. Organisation of this was directed by Anne who had prepared the nibbles which were well received and once the race results had been revealed by the Race Secretary and suitably fortified with fizz the party proceeded to the Starfish for the 7pm reservation  None of us had ever seen the Starfish quite so packed and consequently the service was extraordinarily slow but once the food arrived, somewhat erratically it must be said, there were few complaints.  It being quite late there was no group soiree although two of Lollypop's crew were invited into the luxurious interior of Tulla Mhor for a nightcap. 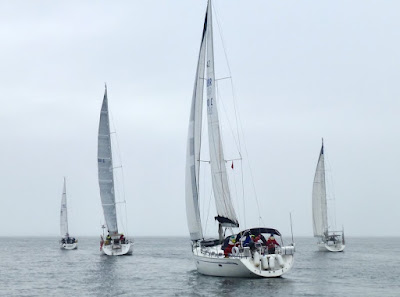 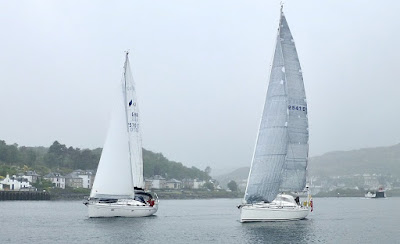 Next morning the weather remained dreary but with a lighter SW breeze and there was a good showing of females for the four vessels which were to indulge in that celebration of gender discrimination that is the Ladies Race.  Once again Graham was on the Committee boat, Don and Marge having stayed ashore in the Starfish rooms.  Unfortunately, due to the present writer being half asleep, Anne suffered a poor start and was quickly blanketed by the larger boats, sailed into a wind hole and was left far behind.  Val on Tulla Mhor had Catherine on Katya close by for a time pulling well ahead of Marian on Exody but from behind we could see a large hole in the vicinity of Ardlamont giving us time to catch up and join in the fun.  On such a small boat as Lollypop the motion in the windless slop was profoundly nauseating and once the mainsheet tackle had given way retirement was by far the best option.  As we motored down the west Kyle we could see Tulla Mhor still racing but we were overtaken by Katya motoring back to her mooring in Loch Riddon.   Hence only two finishers:

The next Serpent event is Portavadie Muster and race on June 11th.

The AGM was held on Zoom on 9th February 2022 with 17 participants over Zoom. Retiring Commodore Graham Gillies gave a comprehensive account of the events of 2021.  The financial report was undramatic and accepted without query.  The election of the new committee was formalised as published without dissent and is as follows:

Marie McDougall then presented the club with a new carved trophy in memory of the late and much missed Neil McDougall. It has a distinct advantage in that it will not require polishing.  The conditions for its being awarded are still to be defined. 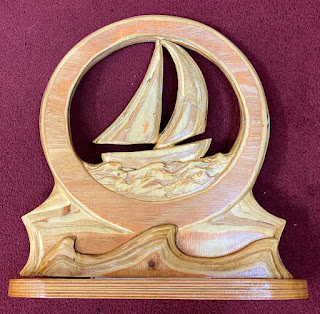 Following that the winner of the Photo Contest was announced - being Robert Yuill. Thereafter the trophies for the 2021 races were presented virtually - having been distributed in advance.  Retiring Commodore Graham presented the new Commodore with his pennant and the retiring commodore's pennant was handed over to Graham.

Charles Sutherland then thanked Graham for his work as Commodore and went on to outline a few of the proposals for the 2022 season.  The meeting then closed with Zoom left open for a period of informal chat

Votes are now counted and the winner will be revealed at the Zoom AGM on Wednesday 9th February.

A good varied bunch of entries has now been received for the photo contest for 2021 which once again, owing to the lack of the Annual Dinner is being held online.   The theme was  'By The Sea' and all entries qualify as the sea is present in them all.  Here they are with titles but the photographer is unattributed - those to be revealed after votes have been counted.  They are of a good standard so please everyone take the time to send in a vote to Graham Gillies 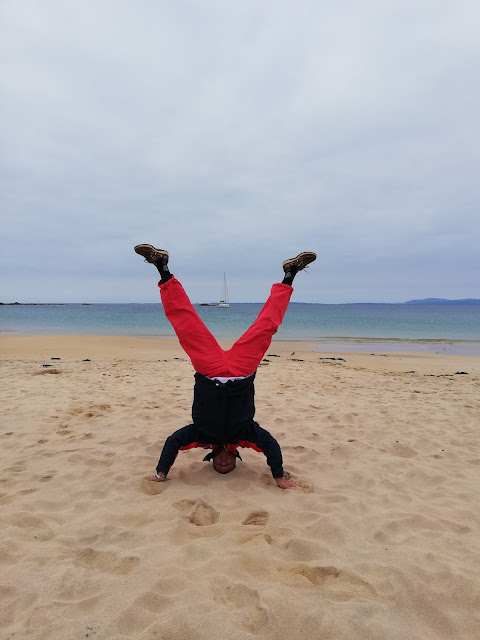 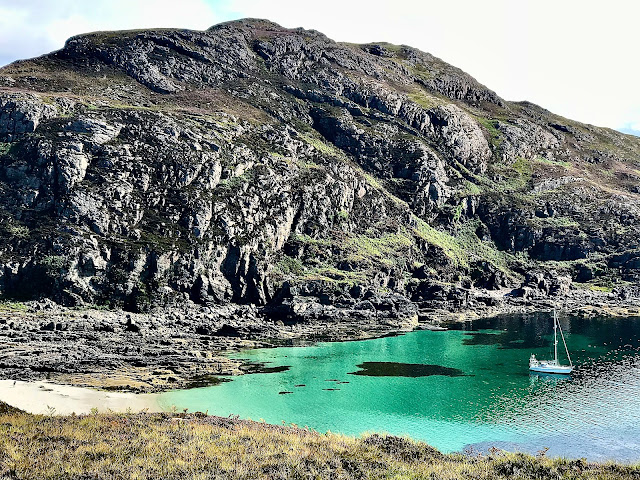 No.3      'A beautiful sunset from anchor in Loch Spelve' - Caroline Hutchinson 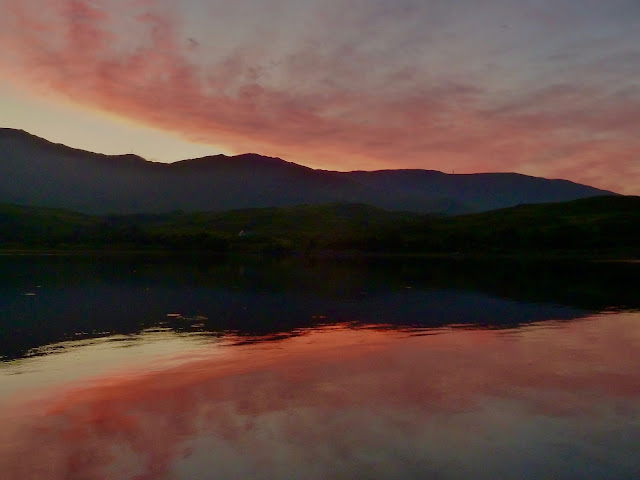 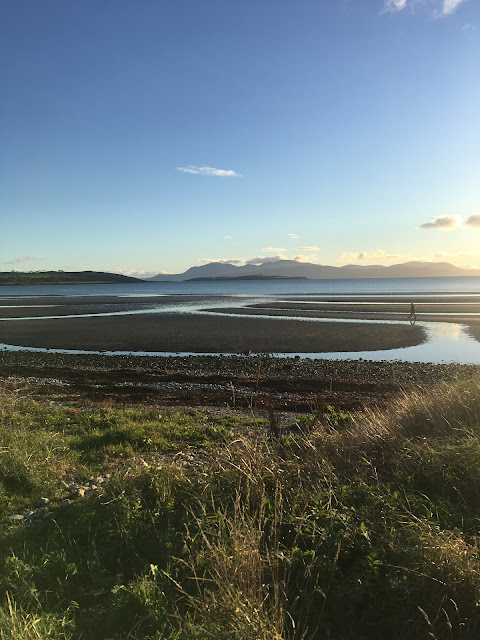 No.5     'A Serpent day on Loch Fyne'- Charles Sutherland 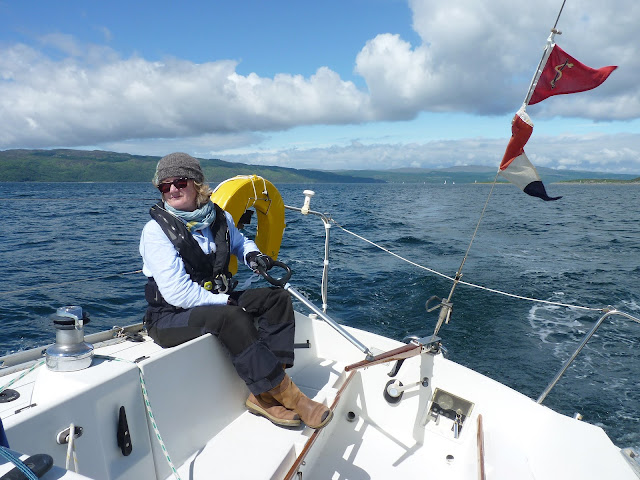 No.6    ‘Chilling near the dock of the bay’  Seamus Lalor

No.7    'Room with a view - Camping on Inchmarnock.'   Jane Hinshalwood 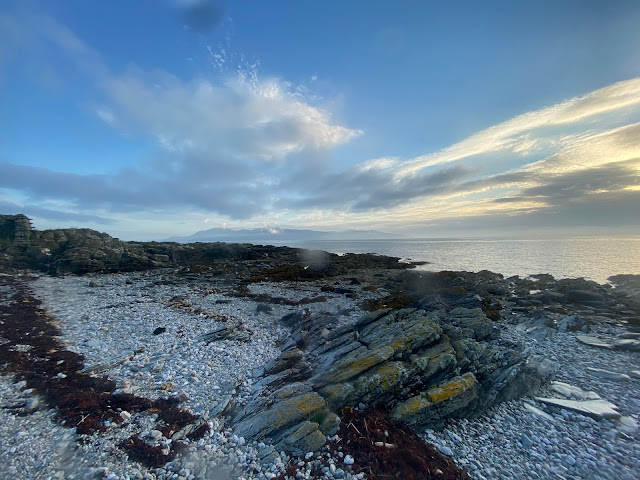 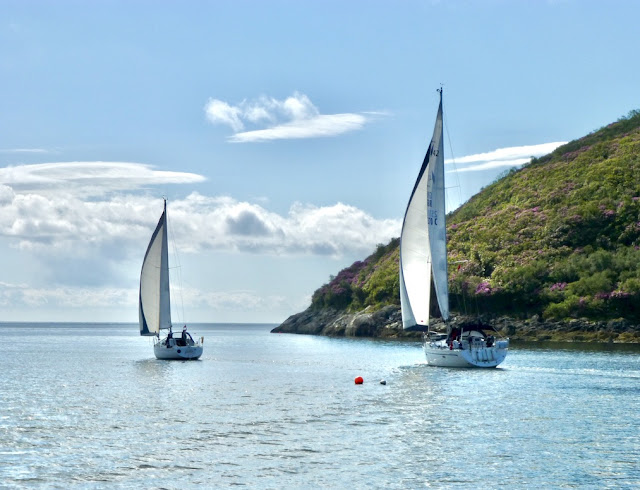 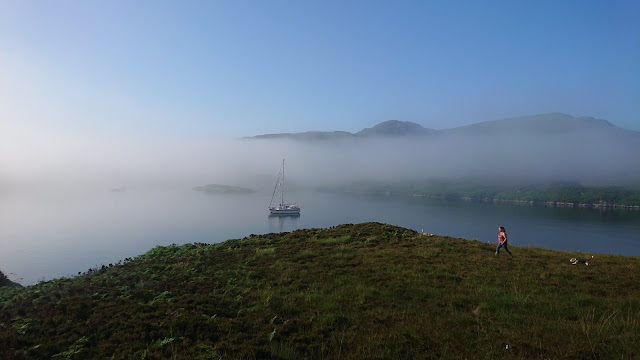