The Committee in its wisdom decided that as Serpent events in 2020 were inevitably to be curtailed*, a selection of photos from past club activities should be presented on the website to remind us all of to what we have to look forward.

Now adding the lastest submissions at the top of the page. Remember to click on the pic for a better view.

Here are 3 from the 2016 Frostbite race: The late Neil MacDougall assisted by Don Gillies at speed in  Camus Bosta, Martin Yuill going well in Pondskater, and Exody leading Camus Bosta into the Tan. 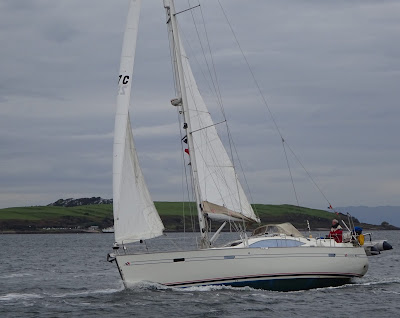 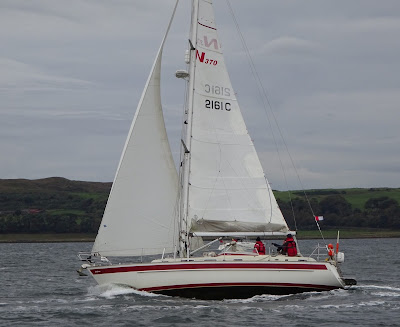 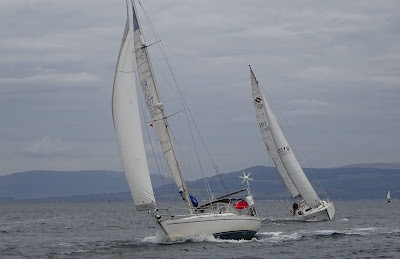 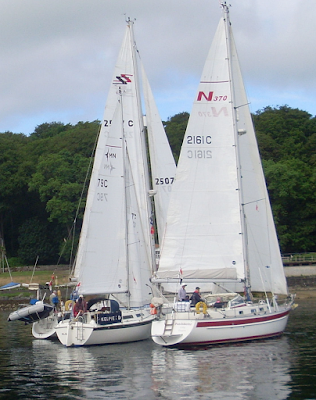 Above a 2014 start at Rothesay. Tom comments 'Who says we are not competitive'  and below Martyn Webster in Shona soon after the start of the 2016 Portavadie race. We will miss Shona and Martyn in the Serpent events. 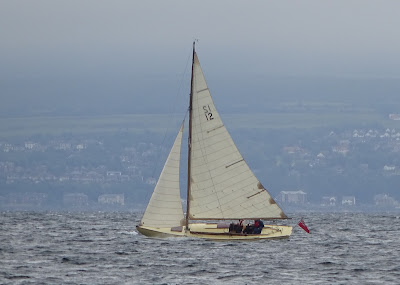 Here are 3 from Stewart Toy - the Loch Riddon BBQ in 2017.  Maybe not perfect BBQ weather but happy faces nonetheless as is usually the Serpent way. 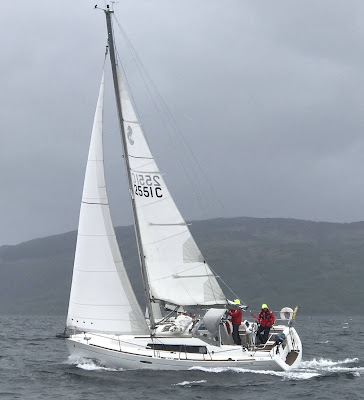 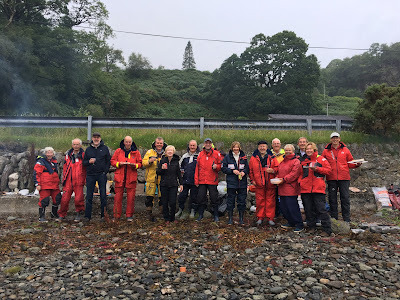 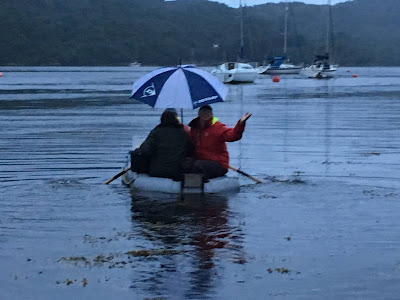 The first submissions were from the irrepressible Trevor Watson and are from the 2013 Round Shuna Race. Do click on each photo to enlarge it. 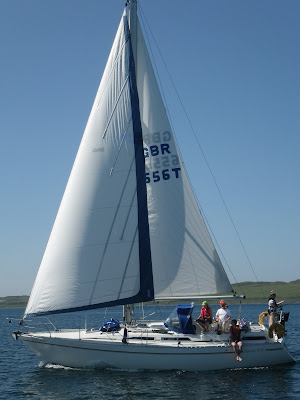 Nobody was ever fooled by Out of The Blue's attempts to look casual by fishing off the transom. 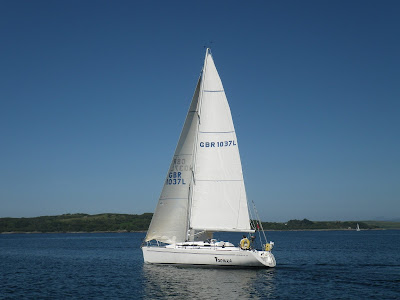 Troikka doing what she did best in very light airs. Looks like only 2 on board. What were we doing wrong? 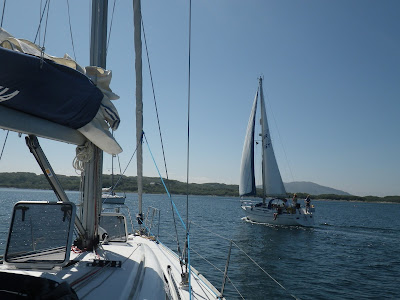 The next three are submitted by Dugald Glen and are from the opening muster Tarbert race in 2008. 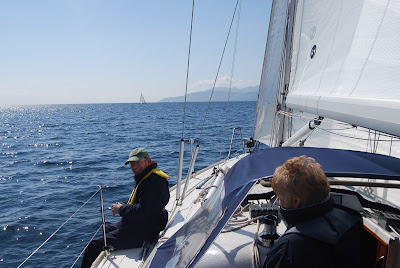 On board Tulla with Iain and Pamela Sinclair as guest crew. 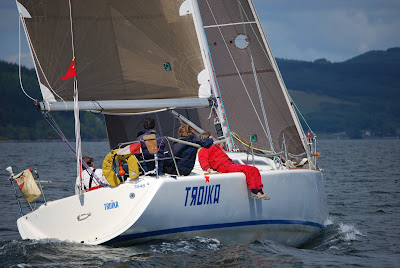 Here's a super shot of Troika the SJ320 under full sail with George and Julia Hannah on board. The SJ was an enormously fun boat. 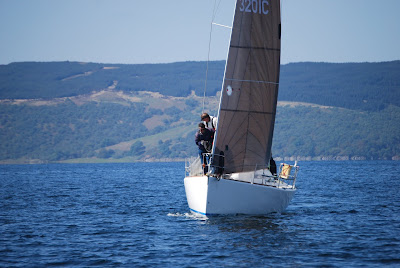 This looks like it must be a sail change about to proceed on Troikka. No roller headsail here.

Now a couple from Graham Gillies: 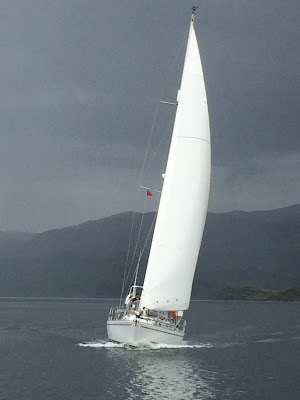 With a threatening sky backdrop the sun catches Exody in the West Kyle, May 2017.  The race had been stopped already and we were sailing on to Tarbert. 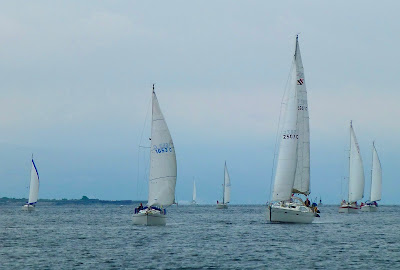 This is the Serpent fleet in the Kyles in the Postavadie race 2016.

A few people shots as taken by the race secretary. Most will have been on the website in the past. (Note: If anyone is unhappy with being depicted in any please inform me and they will be removed.)  The first 2 are from 2017 when Anne & I were guest crew on board Katya for the round Shuna race. Judging by the woolly hats it must have been chillier than it looks. 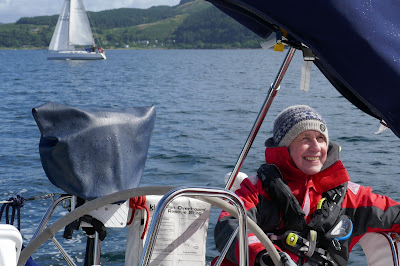 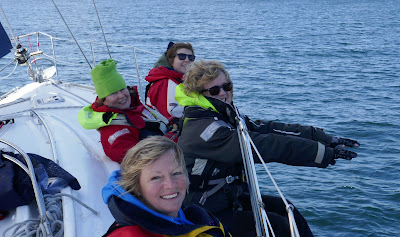 Catherine is certainly sporting some impressive headgear as Anne shows off her racing crew pose. 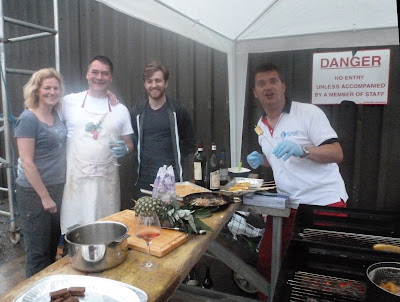 The Croabh Muster barbecue team who have done a splendid job over many years.

The next 4 are from the Tarbert muster 2016 where clearly there was a good turnout for the pre- dinner drinks party. 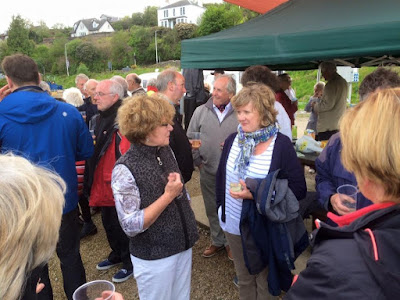 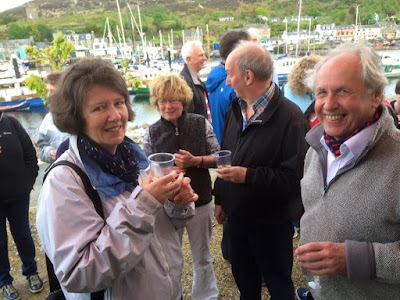 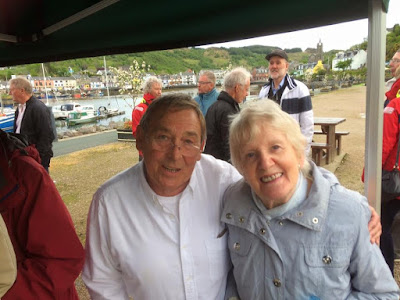 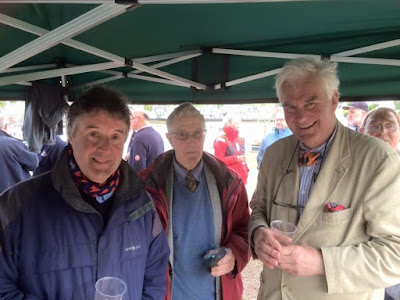