The auguries on Friday evening did not look promising.  Would we have a race at all? Which route to Tarbert should it take. By 10am in Rothesay Bay the answer was clear. There was enough wind to start the race and get us up the east Kyle, at least for a bit.  Six yachts were eventually gathered, the fifth being Katya demonstrating Stewart's customary insouciance, arriving just a few minutes before the start and the sixth being Troikka, the committee boat also to race after a pre-determined delay. 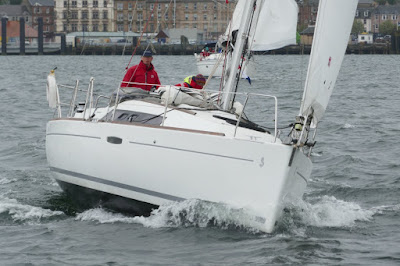 Graham Gillies and Jane Hinshalwood get Silverjack on the case. 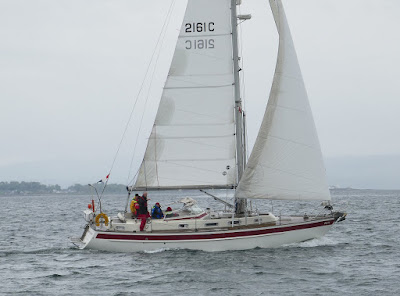 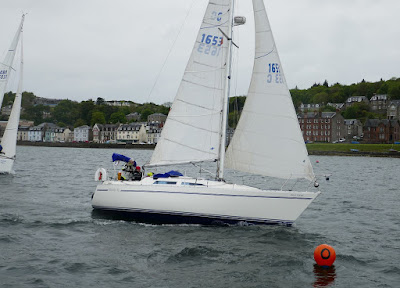 Carrying on round Ardyne and into the Kyles the breeze was fickle but good progress was to be be had for those who spotted the best patches. I don't expect Emma Louise ever expected in later life to have outsize pendulous danglies hanging from her rear end but Seamus seems quite happy about them. 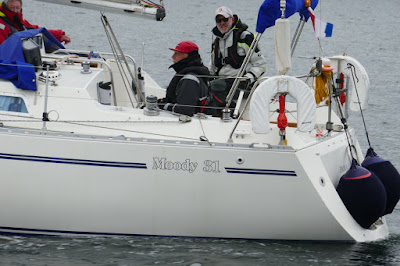 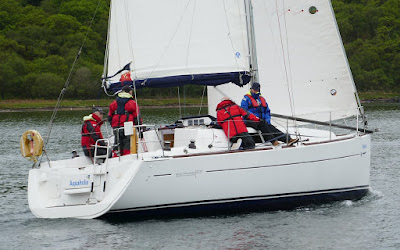 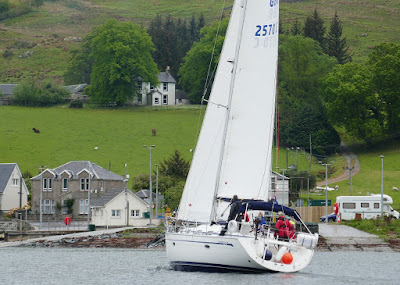 Here Katya heads close inshore with Troikka following even closer such was the steely determination of Marcus on the helm.

There was some close tacking between the three class 2 boats entering the Burnt Isle but as usual once through, the usual parking lot was in operation and it was a slow drift toward the shortened course finish line at Rhuba Bhan.  Pondskater had been left well behind but turned the corner bringing a good breeze up with her for an astonishing comeback. 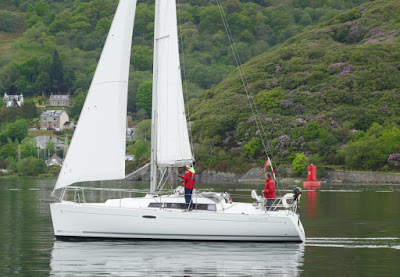 After that it was engines on for Tarbert where the Commodore was able to fully immerse himself in welcoming the arrivals.  At the drinks party in the marquee (for the Scottish Series to follow the next weekend) Don noted the conspicuous absence of the recently departed and much missed Neil MacDougall and once the results had been read out and the fizz consumed it was on to the the busy Starfish restaurant. 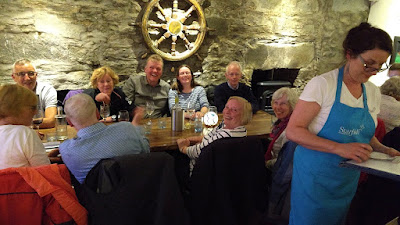 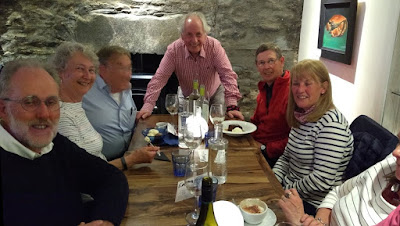 Next morning there was again little prospect of wind but Don and Marge on Black Pepper set a line and the Ladies were off at 10am. 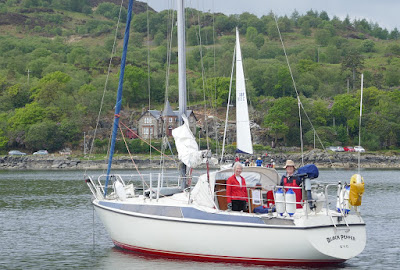 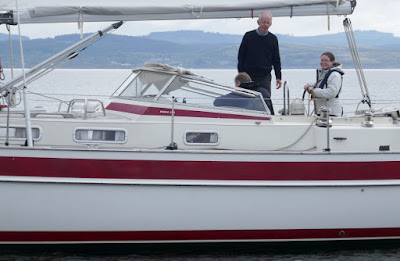 Troikka from the off managed to pull out a striking lead on Katya and Aquaholic on the west shore while the Class 3 boats seemed to opt for the east. Eventually Troikka's breeze petered out and she attempted to cross to the east side but became becalmed just like Aquaholic and Katya on the west . However the gamble did not pay off as the breeze filled in on the west side and Katya romped across to finish first at the shortened course finish line at Ardlamont with Troikka managing to pull back just a little in front of Aquaholic. 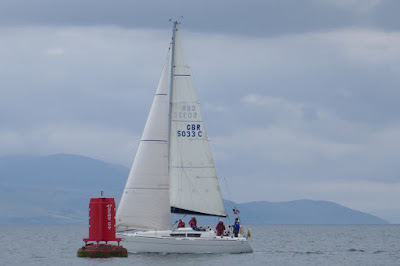 Caroline Hutchinson steers Aquaholic across the finish line at Ardlamont

As ever, more photos and comments are welcome.

Next event is the muster at Portavadie on 13/14th June 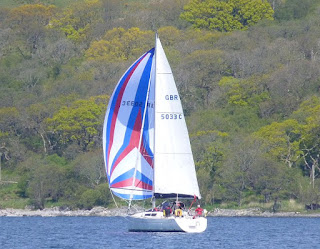 The Serpent season begins as usual with the Spring Muster. This year those racing to the muster will find the start in Rothesay Bay off the Isle of Bute sailing club at 10am. Hopefully Troikka will be on station as committee vessel.  The course may be either anticlockwise through the Kyles or clockwise around Garroch head but either way the Rothesay start should allow a little more time for socialising in Tarbert.  Those merely cruising can make their own choice.
As in previous years there will be a 'pontoon party' probably around a gazebo somewhere up near where the toilets used to be. Additionally we will be able to  experience the new shower and toilet block. However before that it will be necessary to make our way around to the Starfish Restaurant where the usual style of repast will be provided and the race results announced.
Next morning, conditions permitting, there will be the Ladies Race, also assuming that a sufficient number of that gender have been coerced into taking the helm.  The weather is expected to be brilliant.