Although not quite as well attended as in the past, the important business was carried out.  Catherine, standing down after a highly successful commodoring, was thanked on behalf of the club by Seamus Lalor who takes over, bringing his acute management and planning skills.  Stewart Toy gamely volunteered to audit the accounts which remain safely in the black. Marcus Stone was elected to the committee as steward and Charles Sutherland takes over as Race Officer from Paul Harris. He will be organising a meeting to review race fixtures, courses and procedures in the near future and all those interested in racing will be invited. 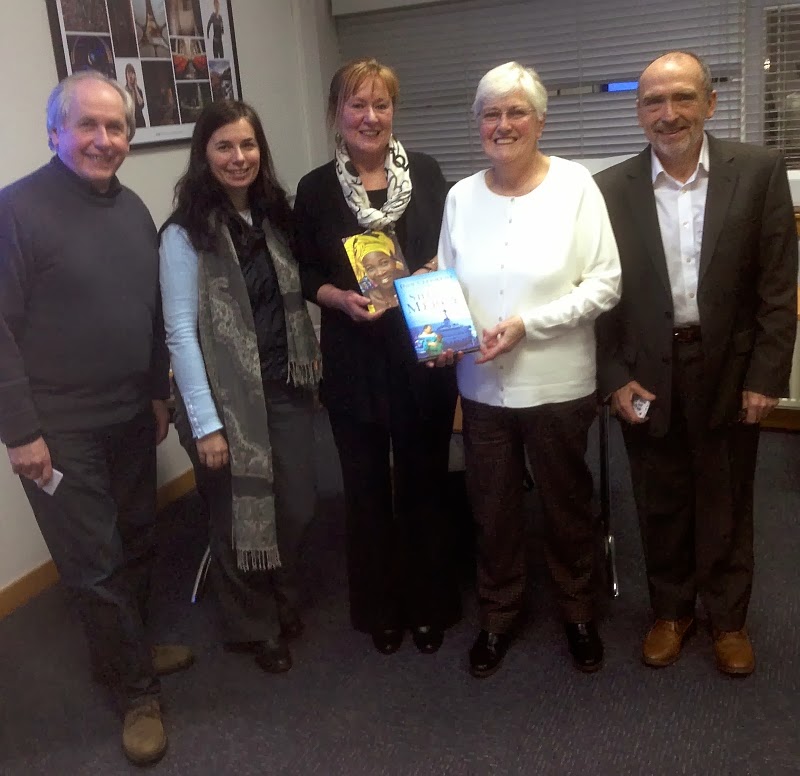 Following the business part of the meeting, Helen Dunbar pictured above gave an illustrated presentation on the work of Mercy Ships - although at present there is just one Mercy Ship albeit a very large one.  We learned that in the last few years the ship has docked for long periods at ports in the most desperate failed states of West Africa where large numbers of equally desperate patients and relatives queue in the hope of getting an appointment, days before the ship actually arrives.  Manned entirely by volunteers the ship is a fully equipped hospital but in addition to providing a wide range of medical services also carries builders and water engineers who can build clinics and organise clean water supplies.  It was a genuinely inspiring talk and the Club was pleased to donate the proceeds of the annual dinner raffle to Mercy Ships.

Also on the right of the picture is Peter Jennett who with Marion will be setting off on their circumnavigation on the 1st July.  Peter and Marion will be greatly missed while away but we'll have more about their plans here when they actually depart.