Once more in the chic surroundings of the Blythswood Hotel, the dinner was the expected success. The speaker, club member Dr Simon Crawford now living and working as a gynaecological oncologist in Southampton, gave an illustrated talk describing his progress from sailing on the Clyde and on to his attempt at the Fastnet Race. 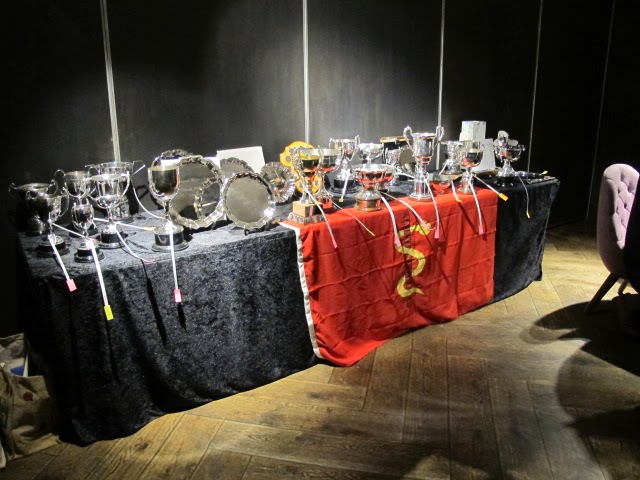 The trophy table, laden as is customary with silverware (which once again was buffed up by Mhairi Lalor)  bore a newly reactivated prize namely the Wooden Spoon which was conferred upon Stewart Toy for his recurrent failure to get his crew on Out Of the Blue up to the Serpent start lines in time.  The star prizewinners, Tom Hutchison and his Aquaholic crew regrettably were unable to be present to collect their substantial haul but those of lesser success were duly rewarded. 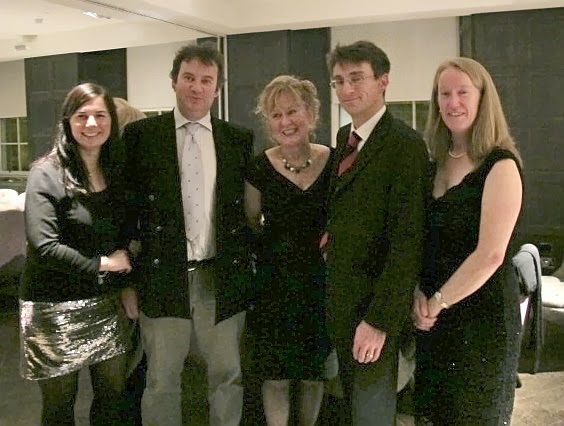 This photo shows Commodore Catherine Toy with Roisin and Paul Harris - who we were pleased to see looking well - and on her left, Dr Simon Crawford and his wife Pamela, also a doctor.

The next event is the Annual General Meeting at which point Catherine relinquishes command. She will be a hard act to follow.

Posted by Serpent Yacht Club at 10:46