With the daytime temperature in double figures and above the seasonal average there was not the remotest chance of frostbite for the seven contenders in the final race of the Serpent calendar.  Off Largs it was initially cloudy and with winds gusting 24kts, reefing was in order for the more cautious at the start.  Tom Hutchison on Aquaholic was on committee boat duties and was not a little perturbed to find a large motor cruiser driving through the line before the start. Fortunately the race starters were quite well spread out and no collisons ensued but one might expect better behaviour even from Largs motor yacht bertholders. From Tom's photo it looks like Solus was clear first away and leading the fleet at least to begin with. 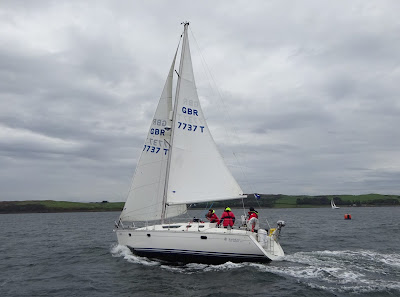 The course was the full figure eight around both islands so it was through the Tan and keep the wee Cumbrae to port.  Below we see Exody back from her epic World ARC adventure, still with the bimini, solar panels and whatnot and leading Neil in Camus Bosta. 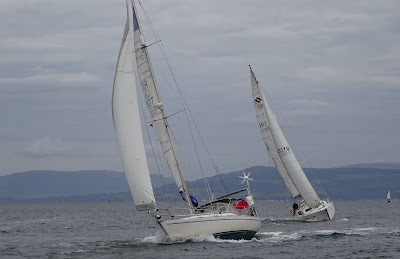 This was a first outing for Stewart and Catherine Toy in their new luxury yacht which is a Bavaria 42 Cruiser.  She has been renamed Katya (Catherine in Russian we believe).  Stewart, who as we know has a fine sense of humour, suggested a handicap of about 20 mins but it is a pretty slippy looking big bus and we expect the CYCA to award a handicap somewhere around 12min/hr. However  today there were the inevitable snags appearing and it will take a wee while before they are leading the fleet 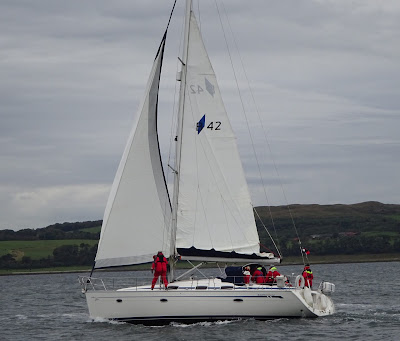 Here's Emma Louise with her cowcatcher still in place, well reefed down while Martin keeps the full mainsail on Pondskater. 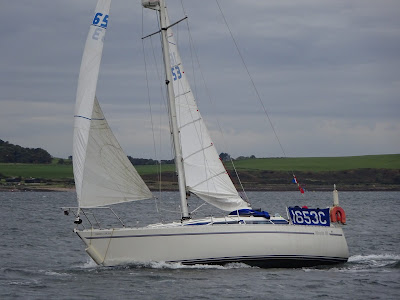 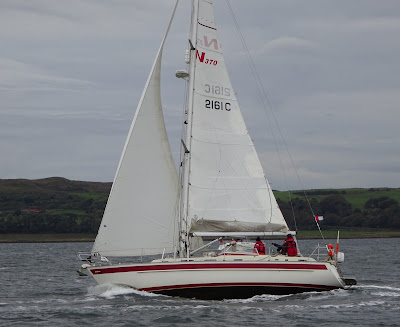 In all this was considered perfect sailing weather with brilliant sunshine and with a wind force at some point in the race to suit every yacht.  The wind eventually eased to about 5 knots and so the race was finished by the Committee boat at HUN1. 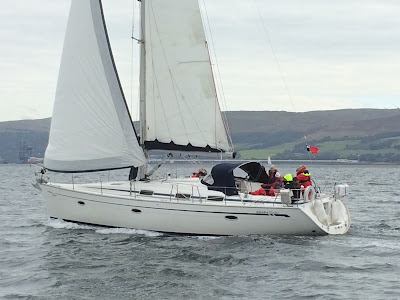 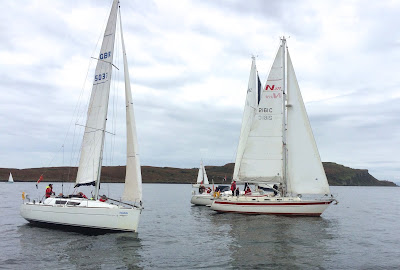 Posted by Serpent Yacht Club at 15:18