It was good to have a fine attendance at the barbeque after its cancellation last year.  Alastair at Croabh had not only done a fine job in decorating the shed but had also provided a brand new barbecue of no oil drum ancestry and over which Steve, Susan and Trevor presided with their customary skill and humour. 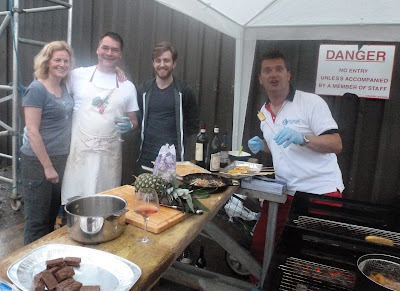 A new and perhaps dubious addition as far as the health conscious was concerned was the nougat en chocolat tempura or more accurately, deep fried Mars bar as provided by Dr Douglas Gray  but at least it provided an opportunity for those of us who had always been horrified by the concept to try a small sample. 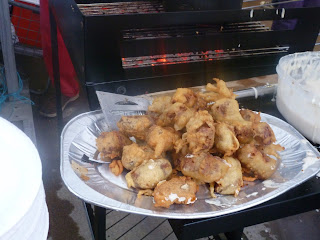 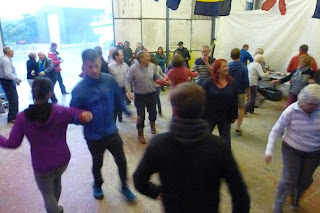 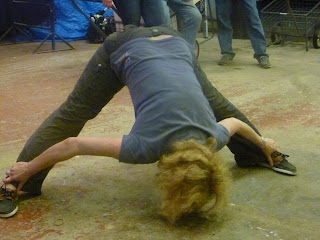 Then eventually, at the end of a great night during which much food and drink had been consumed it was time to perform certain rituals, possibly to honour the Commodore although really it should be to the Croabh Marina personnel who do so much to make our annual visit such an enjoyable affair.

Next day of course was the Round Shuna race.  Troikka had been nominated as committee boat, no doubt with the ulterior motive of keeping us anchored at the start.  A complete lack of wind sufficient to start the race resulted in a rare phenomenon in Serpent races, namely a postponement.  Happily, after 10 minutes of that, a slight breeze filled in with which it was possible to dispel the confusion among the competitors and start the race at 11.15. 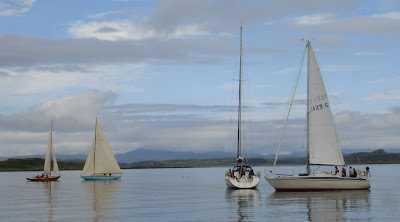 Amongst the fleet were three of the Scottish Island classic yachts, Martyn Webster's 'Shona' which appeared well filled with crew, Mr Arup Ray's Bernera and Canna, the helm of which is as yet unknown. 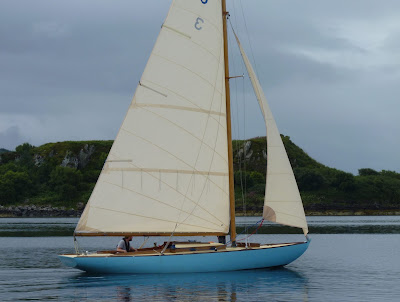 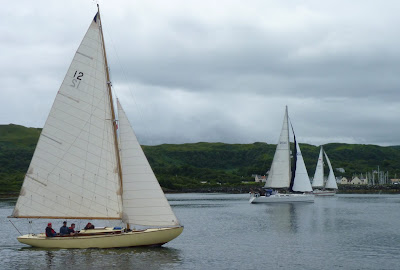 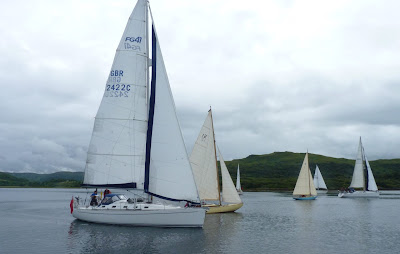 It was a well ordered start with everybody more or less on the case but the conditions did not suit those with a low SA/D and sadly Pondskater soon fell behind although Out of the Blue carried on valiantly. 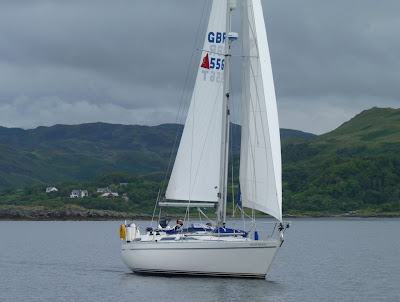 The conditions however suited Troikka perfectly and after the prescribed 10 minutes wait on the line she weighed anchor and proceeded to work her way through most of the fleet, finally overtaking Ataraxia, sailing weighed down with an unspecified proportion of the Pickles wine cellar. 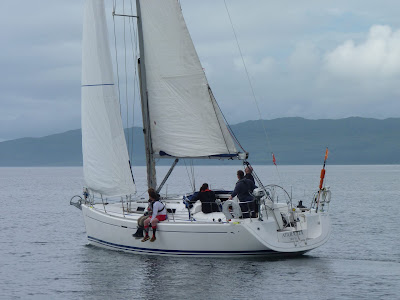 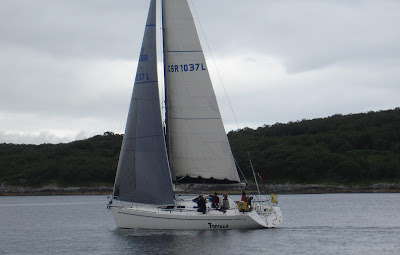 Martin Yuill photo
Rounding the south end of Shuna it was apparent that there was no wind and that a drift would result with the probability of nobody finishing within the time limit and so the race was shortened to an imaginary finish line extending from the white house on Shuna.  So it was only a down one side of Shuna race really but everyone seemed more or less satisfied and happy not to be drifting aimlessly.
Results below. Click the table (or any of the photos) for a clearer view.  I was never given a finish time for Shona or Bernera so they cannot be included at present.

Posted by Serpent Yacht Club at 21:16