Members will be saddened to hear of the death of Douglas Clow (79). 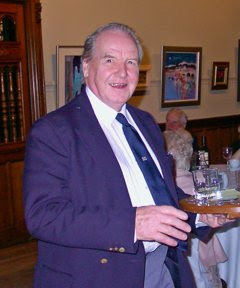 He was a valued member of the Serpent Yacht Club and one of its staunchest supporters for over 40 years.
Douglas’s passion for sailing started when he raced dinghies at Monklands Sailing Club. After he got married to Margaret and their family arrived, he realised a bigger boat was needed. In true Douglas style, he sourced a hull and deck and proceeded to build, not just one, but two boats at the side of his house in Lesmahagow. The first was “Phaeton’ –an Elizabethan 30 and the second “Ambition” a Warrior 35.
His last boat was, Guilty, a Gibsea 39, in which he competed very successfully in Serpent and Clyde Cruising Club events. He also spent many happy holidays with his family and friends on the Clyde, the West Coast and further afield, often in the company of other Serpent yachts. 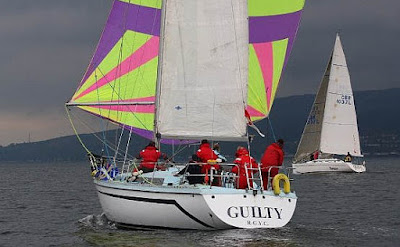 Douglas’s company, The Clow Group, is one of the largest independent manufacturers of ladders, steps, brushes and access equipment in the UK today.
Many will wonder how Douglas was accepted as a member of a club for medics.
My Dad, Jack Edgar, was Douglas’s GP when the Clow family lived in Lesmahagow. Dad had been helping Douglas finish off his boats when he got a notification about the Serpent Yacht Club starting up. He asked Douglas if he would be interested in them entering a race together. Douglas agreed.

Quite quickly, Serpent members realised what an asset Douglas was to the club, not just for his great knowledge, sailing expertise and enthusiasm but also the fact that his firm had accounts with chandlery suppliers and offered favourable rates on marine equipment as well as on paint brushes, ladders and scaffolding from his own company. Honorary membership of the club was extended to him and he subsequently joined the committee and served as Treasurer.
My memories of Douglas will be of him always sailing impeccably turned out in his shirt and tie, always smiling, being very competitive and doing outrageous things to win e.g. keeping his spinnaker flying when all others had lost their nerve.

He will be sadly missed. Our thoughts go out to Margaret, Douglas, Cameron and Kirsten and their families.

Catherine Toy
Past Commodore
Posted by Serpent Yacht Club at 12:29