Here are the results as processed by hand by Martin Yuill

As you can see the race of combined classes was won by Tom Hutchison in Aquaholic, he having dropped into Class 3 as there were no other class 2 entries. Second place went to Pondskater after some delay retrieving his committee boat anchor.  We assume therefore that the club will be spared the expense of engraving the Class 1 and 2 trophies. 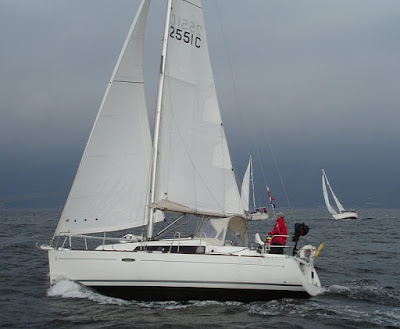 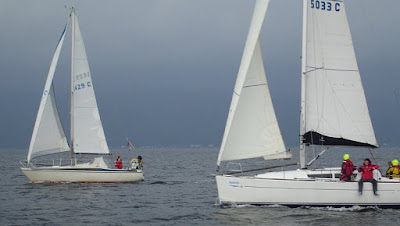 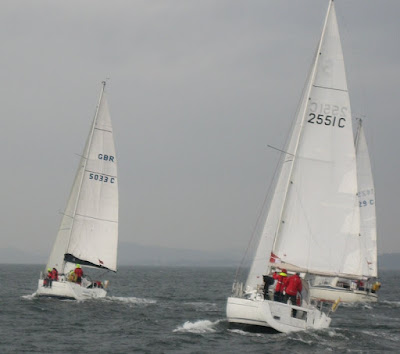 These are all photos from the start. Later a large group assembled in the Victoria Hotel, Rothesay and Stewart took the following pictures mainly while in happy anticipation of the meal. 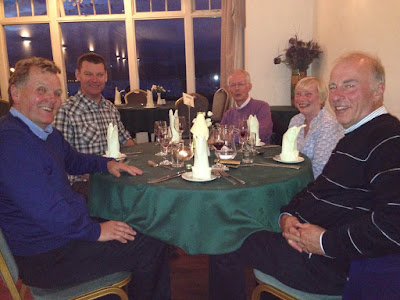 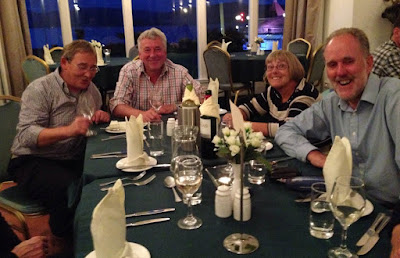 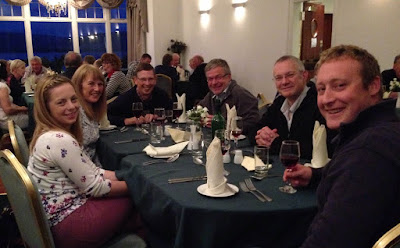 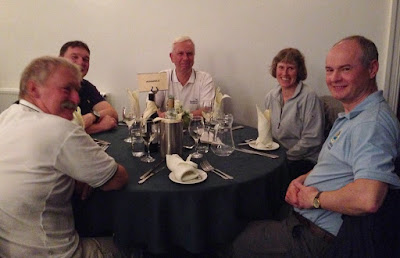 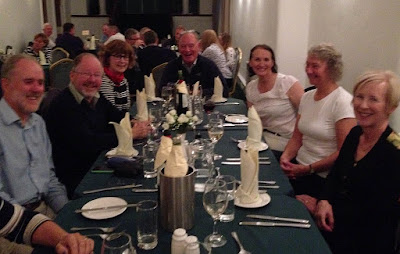 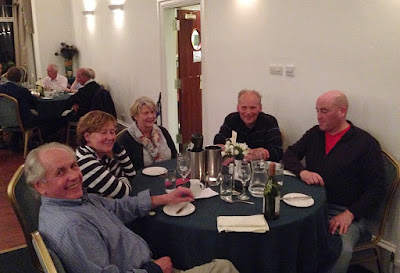 The next, and final sailing event for 2015 is the Frostbite Race although it has been brought forward substantially to 10th October, much reducing the risk of any temperature-related risk to the extremities. Returning to convention the start is from Largs with possible variations from the usual Round Cumbrae course.

Posted by Serpent Yacht Club at 17:54