The Autumn Muster once again headed for Rothesay  this time in a continuing spell of high pressure promising sunshine but indifferent wind. A decent turnout of seven to race and two more cruising eventually appeared, some at the very last minute (Note: it really would be helpful if the race secretary could be notified of entries by email before the closing date even if you haven't summoned the energy to toddle down to the postbox).  Don Gillies on Black Pepper volunteered as Committee Boat and started the race off Kip on time on the full course around the Cumbrae. It was a case of hunting the puffs and patches and trying to avoid the holes until past the Skelmorlie Bank around which time the breeze just about disappeared completely. 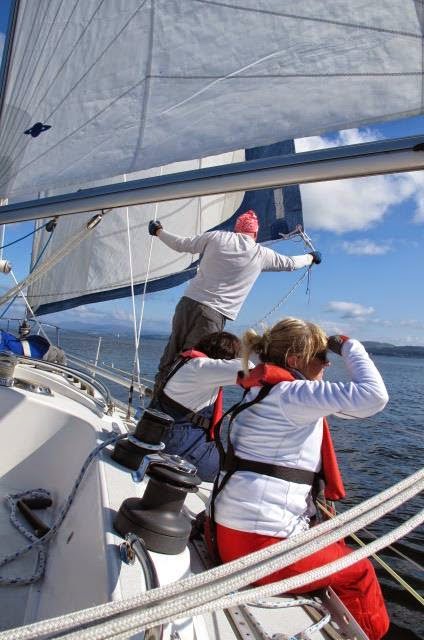 Class 2 comprising Aquaholic, Troikka and Stiarna drifted into the Largs Channel on the tide while Class 3 had their race finished at Hun1 with which Camus Bosta attempted unusual intimacy.  Shortly after that a proper sailing wind picked up and this was also experienced in the Largs Channel where both of the Class 2 boats picked up their skirts. By the Tan Spit it was blowing 20kts NW giving a stiff beat up to the Toward buoy while Aquaholic experienced even more after rounding Ardyne. The Class 3s having arrived earlier were well into the pontoon partying by the time Class 2 arrived but eventually all of the fleet were safely parked, enjoying the late afternoon sunshine  in the inner harbour with Jim Pollock's Oyster 47, just back from the Oyster Round the World Rally attached to the long hammerhead. Before heading out for the official meal Commodore Seamus was courageous/reckless/daft (delete as applicable) enough to undertake the then-fashionable Icebucket Challenge and you can view the video on the Serpent Facebook page. 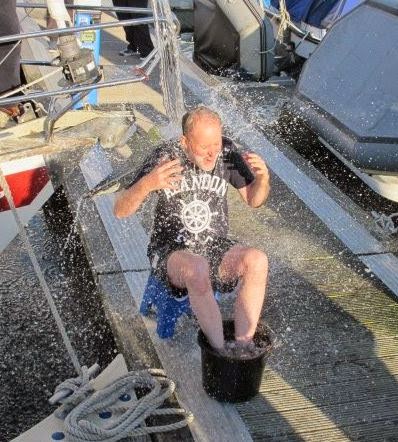 Thereafter, the Mount Stuart diner being unable to accommodate us, the assembled company made their way over the road to the Victoria Hotel where a traditional and replenishing menu was provided and with those sitting near the window having the additional attraction of the sunset on Rothesay Bay.  As for the results, the times for Class 3 were all in the same ballpark indicating that the handicaps are working and that there there is everything to play for. Despite their usual mid-race hot meal and baking activities the OOTB team assisted on this occasion by Marcus were the deserved winners ahead of Black Pepper sailing two handed.  However in class 2, the apparent distance between Troikka and Aquaholic did not translate into anything approaching a close finish after handicap correction but the level of accumulated experience within the Aquaholic crew was noted. 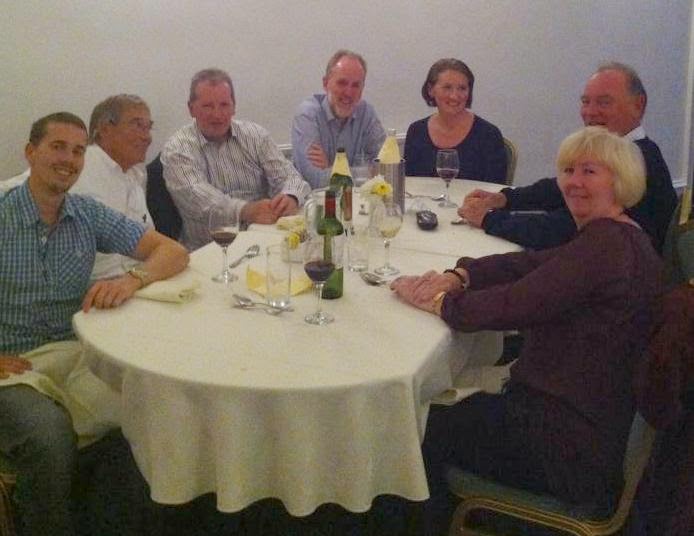 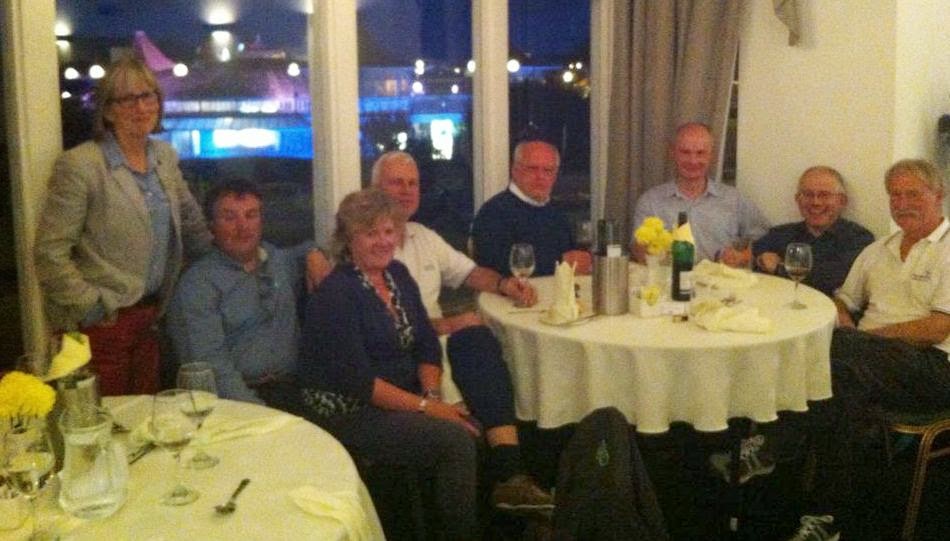 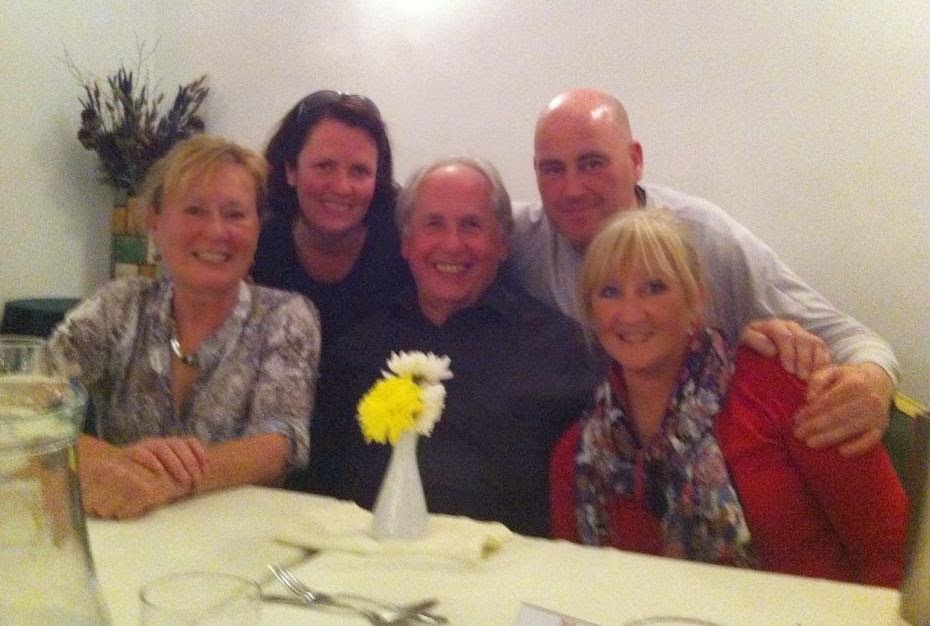 These somewhat fuzzy pics were lifted from the Serpent Facebook page.

Next morning for the return Pursuit Race there was wind in the bay but that disappeared at Toward giving another morning of hunt the breeze. The Troikka crew with no less than 3 doctors on board couldn't be bothered hanging around to wait for a 10.50am start so Martin on Pondskater contributes the following:
" Neil retired when we finally passed him to windward leaving him in a hole after a duel for most of the passage from Toward. Stewart kept to the Innellan shore and looked to be well out of it only to pick up the wind as it filled in and beat us to the line. This is despite the fact that he was locked into the harbour and started the race 8min late. Neil and ourselves  had to sit in the calm patch and watch him creep back into the race and over the line . I put it down his 'semi professional tactician' in the presence of Marcus on board.
Tom did his usual magic and seemed to be able to accelerate with no obvious wind only to be caught again by the group as it rounded  Toward in a bunch until the maestro finally picked up a steady breeze and left everyone  behind, though  even he  seemed to take forever to get over the finishing line which we took as the start line as there were no southerly racing marks present.  An enjoyable but frustrating sail. " 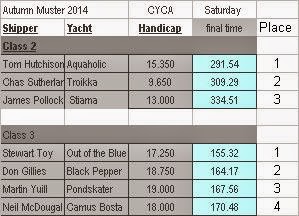 Results - Sunday Pursuit
1.  Aquaholic
2. Out of The Blue
3. Pondskater Posted by Serpent Yacht Club at 16:58