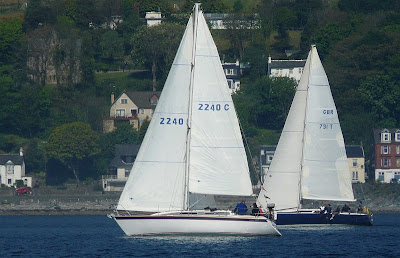 It was a glassy calm and windless Saturday for the Opening Muster. Paul Harris on Tanit set the course for Tarbert via Garroch Head, dropping the mooring once all starters were away and catching up by the time the rest had reached Toward. There were innumerable holes to pick through and a decision was taken to shorten the race at Garroch Head which Troikka reached first with Tanit close behind.
Troikka and Tanit were motoring well up Loch Fyne before any sign of Class 2 appeared round the corner but eventually everyone arrived in time to bask in the Tarbert sunshine although Guilty’s engine self -destructed with a bang on approach. The meal in the Anchor Hotel was well attended and to more or less the usual standard. 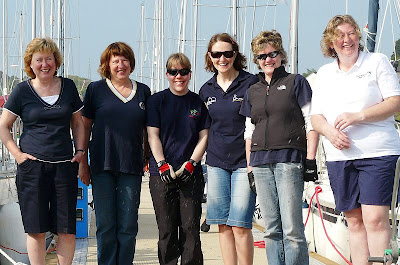 Next morning the Ladies were fired up for their race but off Tarbert there was absolutely no wind and so Seamus on Emma Louise, who had possession of a large water pistol started some water fights. Eventually, to general surprise, the race committee on Guilty sounded the horn and some fairly desperate drifting commenced. However the ladies were not to be deterred and eventually a fine sailing breeze filled in leading to an enjoyable sail to Ardlamont and an easy run to the finish at Kames. 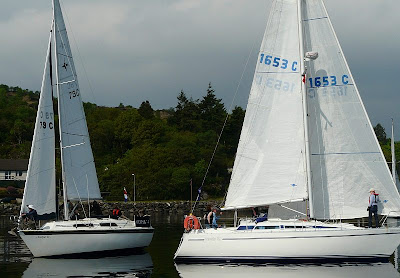 Posted by Serpent Yacht Club at 20:32